Protein production and expression services have gained a significant amount of attention in the modern age. With researchers conducting multiple experiments, technological advancements have only helped. However, it can be a challenge concerning the therapeutic development of recombinant protein expression and purification and in-vitro studies. Such an activity requires a considerable investment in both cost and time to acquire high yields of active and pure recombinant proteins. While antibody production involves specified techniques, E. Coli is one of the used protein production systems for target studies conducted by pharmaceutical companies.

It comprises several benefits since bacterial protein production can rapidly offer proteins and is cost-effective. However, the holistic optimization method for its production begins with bioinformatic insight and analysis. It is essential to know that the initial step is to investigate and introspect the target protein’s Physico-chemical and biological properties. A researcher can achieve this by utilizing specific dedicated software or online bioinformatic resources. Such tools enable you to analyze an essential sequence. In addition, they can predict tertiary and secondary structures, potential disorder zones, domains, and signal peptide synthesis, localization, stability, solubility, and hydrophobicity.

Taking this insight into account, a researcher can seamlessly identify experimental strategies they need to adopt. Once all this information is collected, consider identifying express proteins. Moreover, it gets easier to adapt additional parameters to optimize protein expression in E. Coli and prevent specific problems in the entire protein production system. Even though some challenging sequences are involved in such a system, several factors leave a positive impact. Here is a rundown that comprises vital tips to optimize protein expression in E. Coli. 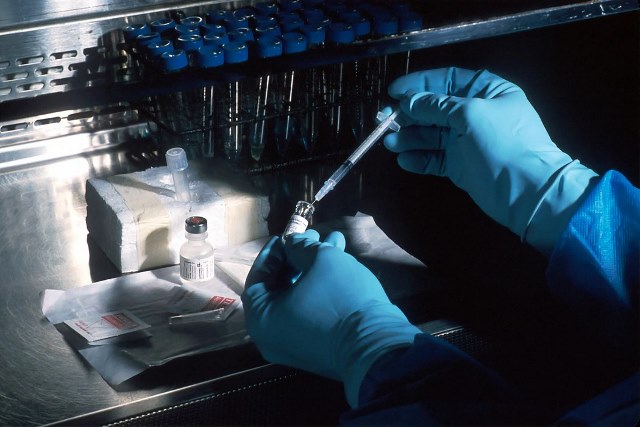 Distinctive approaches have helped develop multiple strategies to enhance and improve the quality and quantity of proteins produced amid E. Coli. Because of technological advancements, various tools are available with numerous bacterial strains with particular characteristics to produce membrane and toxic proteins or proteins with rare codons and disulfide bonds.

The system’s expression vectors comprise multiple promoters, replicons, cloning sites, selection markers, and fusion protein. Besides, the number of plasmids available with pharmaceutical companies is enormous. As a result, picking suitable ones for recombinant protein purification and expression is challenging. Every promoter has a specific mannerism like:

When checking the important expression vectors under E. Coli’s protein expression service, it is easier to utilize the promoter to administer a specific expression of proteins in E. Coli now. Moving on, its production requires a significant amount of solubilizing and stabilizing tags and compact affinity tags to move ahead in the purification process. Besides, one can use the protease to eliminate such tags towards the end of the purification process. While performing these experiments, many researchers have stated that GFP is the favorable option while utilizing a protein folding indicator.

Under codon optimization, various codons encode most amino acids, meaning that several tRNAs correspond to a single amino acid. In addition, there are redundant tRNAs that are available in abundance to others trying to code similar amino acids in a specific cell. When it comes to the codon optimization system, it switches codons utilized within the transgene without transforming the sequences of available amino acids. Such an action occurs in the presence of these sequences that they encode. This is one of the activities that usually enhances protein abundance since it can remove rare codons and place them under replacement with the host organism’s codons. 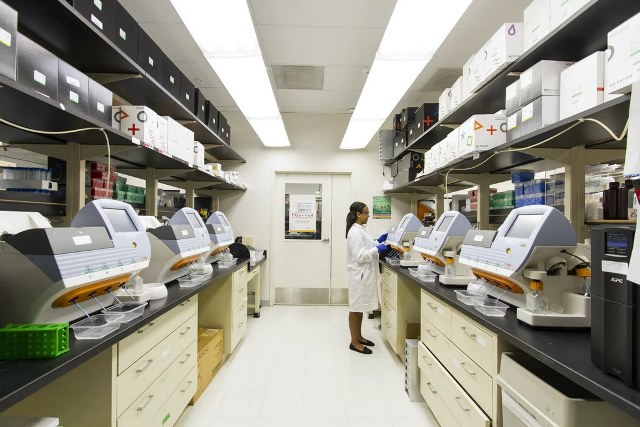 Nevertheless, researchers do not rate this system as profitable because of the presence of target proteins. However, since it is broadly accepted, optimizing a gene of interest’s codon usage in a specific heterologous expression system is ideal for enhancing its translation rate. This happens through the exploitation of natural ratios present in tRNAs content.

While mRNA’s elongation is one of the non-uniform processes and the entire system’s speed tends to link to the modulation method, specific domain foldings are required within the multi-domain proteins. Some companies believe that optimizing the codon use would imply boosting the elongation’s speed throughout the entirety of a sequence. Moreover, this would also mean that this may promote the chances to acquire partially folded species that will be either sent or degraded to the bodies included in the system.

If you’re using such a system for results, it is essential to understand that you have to develop novel algorithms to take this issue into account.

It is well documented and known that the cultivation of bacteria under reduced and controlled temperatures is typically utilized to alleviate protein aggregation. Moving on, this slows down the protein synthesis rate along with folding kinetics, resulting in the fall of hydrophobic interactions involved in protein self-aggregation. While going further into the experiments, researchers also found out that low cultivation temperatures can reduce and impair protein degradation because of the poor stabilization of heat shock proteases. This also occurs when they are induced amid protein overproduction in E. Coli.

However, such a strategy has minor disadvantages. These minor drawbacks can affect temperature reduction and impact transcription, replication, and translation rates, besides reducing protein production yields and bacterial growth. Regardless, all these mentioned limitations can be evaded through cold-inducible promoters. These promoters can maximize the system’s protein production under shallow temperature conditions.

You can proceed with optimizing protein production and expression on specific conditions. Them being, acknowledge the culture’s media levels and additives utilized amid the process. Researchers test and perform multiple experimental conditions in specific R&D facilities and departments. These optimization systems aim to determine an optimal bacterial growth composition and conditions to express viral and interest proteins. 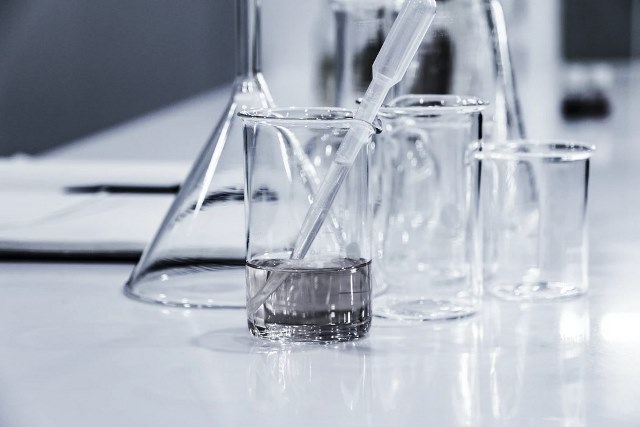 The primary purpose of such a system is to improve protein X’s solubility. Some research departments also performed them on MBP-fused proteins originating from 62 kDa, mainly found unstable with the following elements.

To determine corresponding results, researchers performed tests on seventy-two expression conditions alongside six different mediums. Post that; they analyzed every result acquired at the end of it. Once the results showed data infusion, it clearly states that the Protein X quantity expressed was considerably improved in Magic Media and SuperBroth. Moreover, this occurred in a cocktail of additives’ presence, consisting of magnesium, compared to the figures expressed in the classical media.

However, every protein available is valuable, and suitable conditions will not be like before for proteins utilized. As a result, all these optimization methods are quintessential when it concerns ideal protein expression yields.

To increase unstable protein expression in E. Coli., you can utilize several tags to improve purification efficiency and protein solubility.

One of the significant challenges or limitations of the protein expression service of E. Coli. is the absenteeism of PTMs or post-translational modifications that can play a massive role in function and lifetime. Incidentally, acknowledging interacting partner sequences of target proteins can also be helpful for protein foldings. This has a direct impact on the conformation, activity, and solubilization. 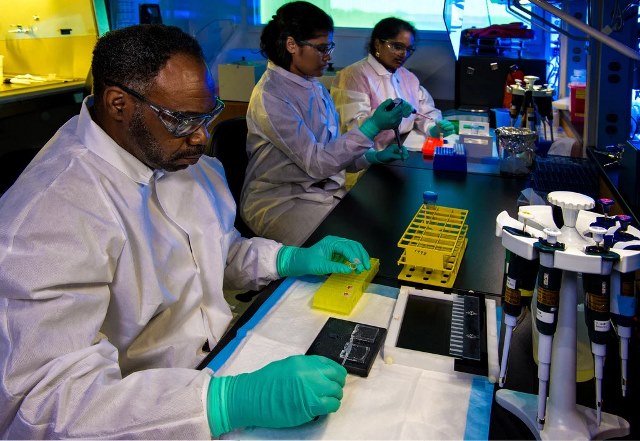 For instance, the protein of interest’s co-expression with human Jun-N-terminal kinase one can induce the protein of interest’s phosphorylation. Moreover, this process also comprises Ubiquitin, knowing that its ligase can prompt ubiquitination. Researchers and several pharmaceutical research departments have successfully developed and performed myristoylation, methylation, and acetylation in E. coli by co-expressing a myristoyl transferase, methyltransferase, and acetylase, respectively. Furthermore, one should not forget that co-expressing a protein partner, peptide synthesis, or HSP protein, corresponding to the partner’s binding region, can be valuable and unprecedented for protein folding.

In conclusion, every specific protein responds differently to multiple projects and cases. Producing and expressing the protein of interest in E. Coli. is not a simple procedure. In simpler terms, there are no magic recipes to determine positive results. However, various solutions exist if you consider their particular physico-chemistry and perform a compelling DoE or effective experiment design. This also involves the implementation of brand new strategies or utilizing innovative reagents. Nevertheless, everything under such a system requires a suitable amount of time to adequately interpret all the available data and screen every possible result to make this impossible quest possible.

While researchers adapt multiple sequences to express and produce recombinant proteins in E. Coli, it is essential to acknowledge every step involved. However, are you considering recombinant protein production, expression, and purification? And, is your target protein unstable and requires optimal and seamless expression conditions? In this case, perform prior research to understand every factor that can improve or increase the process. Nevertheless, all such solutions present amid the circuit exist because of the physico-chemistry levels, allowing individuals to implement new strategies, perform distinctive and efficient DoE (design of experiment), and utilize innovative reagents.

Towards the end, all such methods need a considerable amount of time to decipher every data count available in the system. Furthermore, to make this challenging quest possible, consider screening every possible result. This allows you to take note of the figure and proceed accordingly. Not only are these tips integral to your approach but necessary in totality if you wish to increase unstable protein expression in E. Coli.